Member of Parliament for North Thanet
Roger Gale was born in 1943 and was educated at Southbourne Preparatory School, Hardye’s School, Dorchester and the Guildhall School of Music & Drama. He is married to Suzy and has three children. He is a former producer and director of Current Affairs programmes for the BBC, editor of Thames Television’s Teenage Unit, and a freelance radio journalist. He has business experience both in the film industry and in market research.

He has been a member of Parliamentary delegations to Norway (Arctic Warfare Training), Washington, The United Nations, The Gambia, Sierra Leone, Malawi, Cuba, Cyprus, Zambia & Gabon. He was a member of the Council of Europe from 1987 to 1989 and has served as an International Election Observer in Outer Mongolia, South Africa., Mozambique, Ghana and, most recently, in The Gambia, Kenya & Macedonia. He has also (2006) carried out seminar duties in Guyana and (2007/2008) Trinidad and the Seychelles

He has specialised knowledge of political broadcasting, media matters, press and PR., animal welfare, defence and criminal justice issues. During his years as a Member of Parliament he has been appointed as a member of a wide range of bill committees.

Roger is a Fellow of the Industry & Parliament Trust, the Parliament & Armed Forces Fellowship and was the first Member of Parliament to participate in the Police Service Parliamentary Scheme with the Metropolitan Police (1995/6). He undertook a Police Post Graduate attachment. He has served as a Special Constable with the British Transport Police and as a PPS to the Minister of State for the Armed Forces between 1992 and 1995. From 2001-2003 he was a Vice Chairman of the Conservative Party.

Roger is President of the Conservative Animal Welfare Group. He is also an Honorary Member of the British Veterinary Association and an honorary life member of The League Against Cruel Sports. He also holds honorary offices within a number of voluntary groups in his constituency, including St John Ambulance & 1st Margate (St John’s) scout troop. He is Chairman of the Try Angle Awards Foundation and of Pathway. He has recently become a trustee of SPANA.

He is a member of the Procedures Select Committee, and is a senior member of the Speaker’s Panel of Chairmen. Since his appointment to the Panel in 1997 he has chaired more than 100 pieces of legislation through their committee stages and has, most recently, chaired the Coroners & Justice Bill. He also, regularly, chairs debates in the Westminster Great Hall.

Roger takes an ongoing and active interest in the very many voluntary and charitable organisations working locally in East Kent. He also keeps in regular touch with members of his local business community in N. Thanet while continuing daily to deal with constituency casework and with the overall needs of his North Thanet constituency.

Roger’s wife, Suzy, who is his full-time Parliamentary Office Director, is President of the East Kent Unit for Breast Screening, Patron of the local Cats Protection branch and the E. Kent Animal Centre. She is a former member of the Council of Management of the Strode Park Foundation for the Disabled. She took over from Roger as Co-Chairman of Conservative Animal Welfare and is the founder and secretary of Animals Worldwide. She sits regularly as a magistrate. 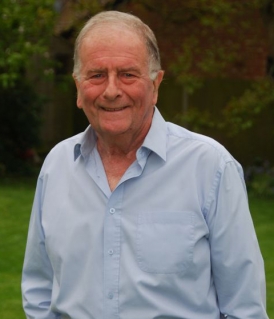