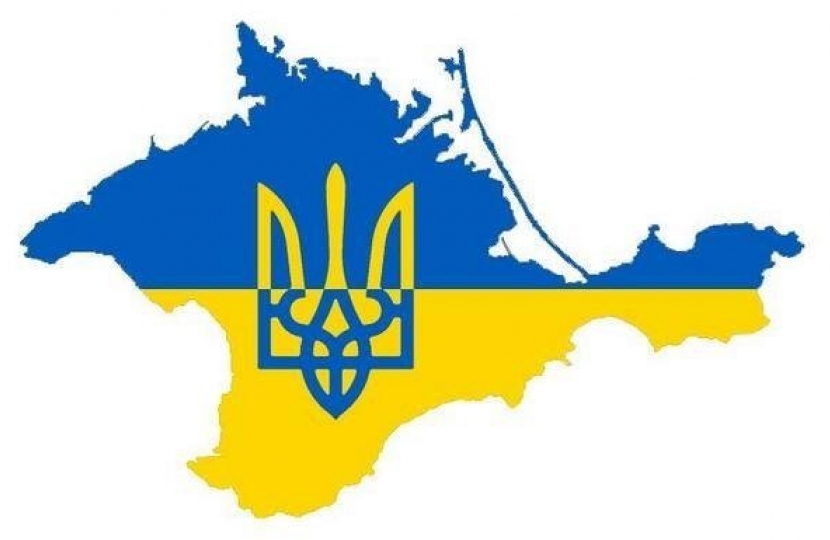 The recent and ongoing situation in Ukraine has proved immensely challenging for Britain and "the West" more generally as we wake up to the reality that the world we thought we were living in, where the "trouble spots" were at a comfortable distance, was an illusion and a full blown crisis has appeared on Europe's doorstep.

The referendum in Crimea on March 16th was without a doubt an utter sham; arranging a vote of hundreds of thousands of people across thousands of square miles in only ten days is logistically impossible, no impartial observers were allowed into the region, a huge swath of the population of Crimea boycotted the poll and those who did go and vote were confronted with masked armed men at the polling stations. That isn't democracy, it's a mockery of the democratic process and an attempt to put a gloss of democratic legitimacy on what is without a doubt a hostile military takeover of a part of Ukraine by an expansionist Russia. The entire pretence that Russia has a right to intervene in Eastern Ukraine due to historical ties and presence of "ethnic Russians" smacks of the the dark political theories of the 1930s and has no place in the 21st century. Does Britain have a right to invade Canada or New Zealand or any number of other countries because we believe the internal politics of those countries is a threat to "ethnic Britons"? Certainly not, the entire idea is laughable, and yet when Russia does it in Georgia and Ukraine there seems to be a consensus that it's fair game, when in reality the entire idea is an extremely unfunny joke.

Having de facto annexed Crimea using force, threats and intimidation the "Prime Minister" of Crimea (who by the way it's reported polled about 5% of the vote in the last free elections in the region) is now asking ethnic Tatars to "relocate" from areas where they currently live in an act very likely to descend into ethnic cleansing in the very near future. If the Tatars refuse there's no doubt in my mind that they'll be made to leave by force. This is 2014, and this is Europe, and yet what we see is people being asked to leave their homes and relocate to another area of the country purely because of their ethnicity, is that acceptable? Certainly it isn't. And the fate of the Crimean Ukrainians, most of whom boycotted the recent referendum, has yet to be considered but it's unlikely to be happy future if the current decline into barbarism is allowed to continue. In Chechnya the Russian government ethnically cleansed and murdered thousands of people and ethnic Chechens continue to live under a cloud of fear and violent oppression where critics of the regime are "disappeared", so let's not pretend that such acts are beyond the realms of likelihood.

The response of the Western nations to all of this has so far been negligible and disappointing. Travel bans and asset freezes on a couple of dozen people in Russia and Crimea supplemented by a lot of hot air has been the sum of the response from the free world. In Britain fear of damaging the economic recovery and the banking industry has neutered any decisive response, and on continental Europe a reliance on Russia for trade and natural gas has limited the reaction to the threat of unspecified "consequences". As recently as this year the UK signed an agreement with Russia to facilitate the buying and selling of arms with them, and in France over a billion pounds worth of navy ships are being constructed for sale to Russia, and despite the fact it's been amply demonstrated that Russia can and will use their weaponry for unsavoury and unacceptable purposes there's still been no serious attempts to cancel these agreements.

But, you might be asking, why does the fate of Ukraine matter to us? Well, two reasons primarily, one very straight forward and one much more abstract, so I'll begin with the former. In 1994 Russia, the United States and Great Britain signed a Memorandum of Security Assurances with Ukraine stating that in return for their ratification of the Nuclear non-proliferation treaty and surrendering of their substantial Soviet nuclear stockpile we would respect their borders and sovereignty, not interfere in their internal politics and refrain from invading or otherwise militarily attacking them. The message was clear- you don't need a nuclear deterrent because we won't attack you and we'll ensure your borders and sovereignty are protected. Russia has clearly violated that treaty consistently over a period of years by interfering politically in Ukraine, but in annexing Crimea they've completely gone back on their word and made a mockery of the agreement. If Ukraine still had nuclear weapons would the recent events have happened? Probably not, as under the mutually assured destruction theory Russia would never dare invade Ukraine for fear of nuclear retaliation, but unfortunately by making that 1994 agreement we in Britain and the US inadvertently set up Ukraine for the fall they're currently experiencing; we took away their one defence under the pretence of protection we're spectacularly failing to provide.

Our entire international system, the thing that stands between us and the abyss, is based on treaties and agreements, an agreed code of conduct by which we all agree to abide. If Russia can ride roughshod over the system and be seen to get away with it, it gives hope to every rogue state and tinpot dictator on earth. And simultaneously if Britain and America are seen to shirk their responsibilities and fail to stand up for those we're duty bound to protect then our moral authority is degraded irreversibly. We drew a "red line" and said if Russia annexed Crimea there would be consequences, in the same way we threatened consequences if Assad used chemical weapons in Syria, and in both cases our opponents danced a merry dance straight across the red line we'd put down and defied us to put our money where our mouth is, and in both cases we did nothing. Such occurrences weaken the international system that we all rely on for order, and as with chipping away at a wall we shouldn't be surprised if our toleration of such incidents doesn't eventually lead to the whole house coming crashing down.

That brings me nicely onto my second and more abstract reason why Ukraine matters- the international system we live under is our baby, and if we don't protect it no one will. When the First World War ended the League of Nations was set up with the aim of preventing a reoccurrence of the tragedy which left millions of people dead, but the unwillingness of the organisation to confront aggression and to stand up for the values it sought to uphold led to it becoming irrelevant and falling to pieces as the world plunged into a Second World War not even thirty years later. I don't need to explain the horror that conflict exposed the world to, but what does need to be said is that the international system we have now was born out of the ruins of 1945.

Having seen the devastation of carpet bombing, nuclear warfare, genocide, ethnic cleaning and brutality beyond the realms of imagination the victors of the war were determined that it should never be allowed to happen again. The United Nations, the Universal Declaration of Human Rights and the whole concept of an international system based on dialogue and consensus was a result of the desire to never see such horrors again, and the principles upon which these institutions were built were undeniably Western. Democracy, human rights, international justice and individual liberty were all enshrined in the post-war order, and systems were put in place to make sure that we never found ourselves on the slippery slope to annihilation again. Namely those who acted in a manner inconsistent with the principles of the international system were to be punished, militarily if necessary, and it was to be hoped that the mistakes of the League of Nations would never be repeated.

So that brings me back to Ukraine and Crimea. Russia has undeniably broken international law by invading a neighbouring country they swore to respect and protect, and in doing so they've acted unilaterally against another member state of the United Nations. The Western world, having created the international order we rely on, need to defend it or concede that we have neither the resolve nor the capabilities to uphold the values previous generations died for. If Russia's actions in Ukraine are allowed to go unanswered in the way their 2008 invasion of Georgia was then we need to prepare ourselves to live in a far more unstable and dangerous world and accept that our legacy to our children will be one of indecision and selfishness.

Putin's regime in Russia is corrupt, thuggish, guilty of war crimes in Chechnya and elsewhere, and as his troops tighten the stranglehold on one part Ukraine we can but hope that we don't look back on this year as a year when we should have acted but didn't in the way we look back at our inaction in the face of Nazi annexation of Czechoslovakia. In the 1930s appeasement probably seemed like a wonderful idea, after all what did Czechoslovakia have to do with us? Well unfortunately a threat to freedom anywhere is a threat to freedom everywhere, and in being too timid to protect the freedoms and rights of others we soon found ourselves alone and defending on the goal line against an enemy who had years to prepare and every reason to believe we wouldn't stand and fight.  Let's just hope the same isn't true of our actions now.