Why I'll be voting Conservative this Thursday 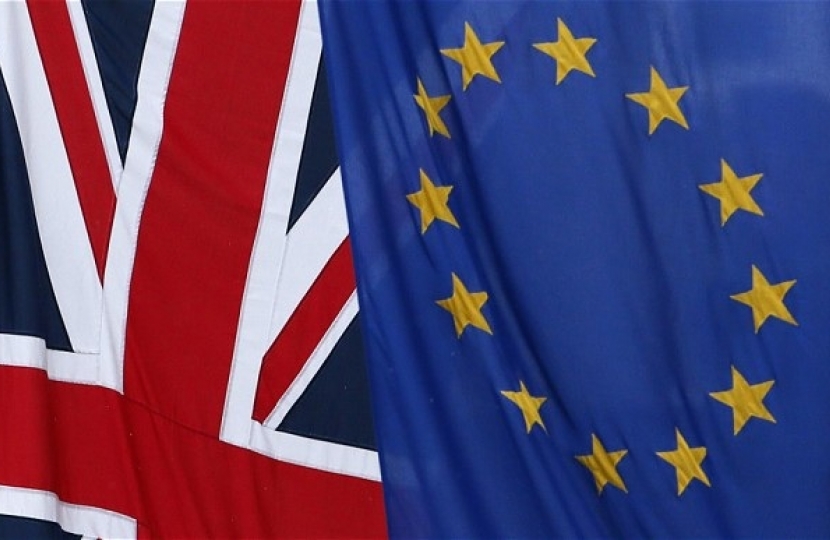 It will come as no surprise to anyone that this coming Thursday I'll be heading down to my local polling station and proudly casting my vote for the Conservatives, however my reasons for doing so goes far beyond simple political tribalism.

The reason I'll be voting Conservative is quite simple- I love Europe. Each member state in the European Union has it's own identity, it's own quirks, customs, traditions and ways of doing things that make it entirely unique and unmistakable. Whether it's having a shaky attempt at riding a bike around Amsterdam, trying schnitzel for the first time Vienna, having one too many lagers in Ieper or watching the cricket at the St Lawrence Ground in Canterbury, to me this continent of ours is a place like no other.

This cultural diversity has been formed by the unique tastes, opinions and experiences of the peoples who call Europe home and assured by the fact that Europe is a collection of independent and sovereign countries whose individual governments and populations continue to influence and enhance the nations that they call home. There's no greater testament to the enduring importance of national identity than the fact that even after globalisation, free trade and open borders every nation in Europe is still distinct and unique; exposure to foreign ideas and tastes can enhance and alter national culture, but it has singularly failed to supplant it and all our lives are richer as a result.

This talk of national identity and uniqueness might give the impression that I believe that European nations have nothing in common, but of course nothing could be further from the truth. Through centuries of shared experience of alliances, conflicts, shifting borders and migrations of people the European nations have between them shown the world the best and worst of humanity. Whether facing off across the battlefield or standing shoulder to shoulder and sharing the danger, no European country has a history that exists in complete isolation to that of it's neighbours. Like a group of old friends who've gone through romances, fights, disasters and triumphs together each individual is enriched by the shared experience- their individuality is undiminished by having been part of a whole which was greater than the sum of the individual parts. No country has been more decisive and pivotal in the development of these shared experienced than Britain, and you don't have to look beyond the last century to see why. Some may claim that Britain lived in a state of perpetual glorious isolation prior to accession to the EU, but past generations knew that Britain couldn't afford to sit on our island and ignore the continent and the same remains true today.

I love Europe. But I most certainly do not love the European Union. It is my opinion an almost all-pervasive bureaucratic morass which enters unbidden into every aspect of our lives, and the promise of "ever-closer union" poses a grave threat to individual national identities and the ability of democratic nations to decide their own destiny. The EU budget is out of control, the Court of Human Rights is all too often the refuge of criminals, the Commission is unaccountable, the Parliament is still often toothless and the EU institutions are silos of Euro-fanatical sentiment which defy all public opinion. The EU in 2014 is not simply the common market which the British public voted to join; "ever-closer union" is not a means to an end, it has become the end in itself and we are invited to allow ourselves to become more and more intertwined until there is no way back.

The idealist in me however doesn't want to believe that the European Union is beyond redemption. I dearly love the idea of the European nations coming together as sovereign states to form a union dedicated to free trade for the furthering of economic prosperity, freedom of movement for the easy enjoyment of our beautiful continent, and above all dedicated to the promotion and proliferation of the shared values of democracy and basic freedoms which European nations nearly all have in common. But for the EU to become even reminiscent of the romantic image I hold it requires serious reform.

The Conservatives have already started to deliver on Europe. By taking us out of the Eurozone bailout fund the Conservatives saved the British taxpayer from the obligation to pay to resurrect the economies of countries whose ability to help themselves had been limited by Eurozone membership, and by a heroic effort David Cameron secured the first budget cut in the history of the EU by insisting that it was wrong for the EU to continue to splash the cash while member states were having to make serious cuts at home.

But above all the Conservatives are pledging to seek to remove the commitment to "ever-closer union" from the treaties which constitute the EU, and if successful this would be a big step back from the prospect of a Europe where the cultural and national uniqueness of member states would be diminished under the weight of an artificially contrived superstate. David Cameron had promised a referendum on EU membership in 2017 in the hope that by then the EU can be on the road to being a tool for mutually beneficial cooperation between the countries of Europe rather than a Trojan horse for federalism. While I have my doubts about the willingness of the EU and certain member states to accept any change of direction I do sincerely hope that Mr Cameron succeeds in this mission, and if he does I would gladly vote to remain in the European Union, which I certainly wouldn't if the vote were today.

Britain has always been entwined in the fate of the continent, and I'm certainly not ready to give up on it without first making every effort to make the European Union work both for Britain and for the other member states. Maybe even if Mr Cameron gets his team of Conservative MEPs after these elections and he gets a second term in Downing Street the resistance to EU reform will prove insurmountable. But after all we've been through together I believe we owe it to Europe to try, and that's why when I go and vote for the Conservatives this week I know that I'll be casting my vote for a Europe of unique, free and sovereign states amongst whom Britain should be proud to sit.

The countries of Europe belong together as friends and as independent states each as unique as one person is from another, but with a shared heritage and a community of values in which Britain should feel at home. There's so much to love about Europe- and I for one believe it's worth fighting for.