Ukraine & Iraq: the cost of inaction 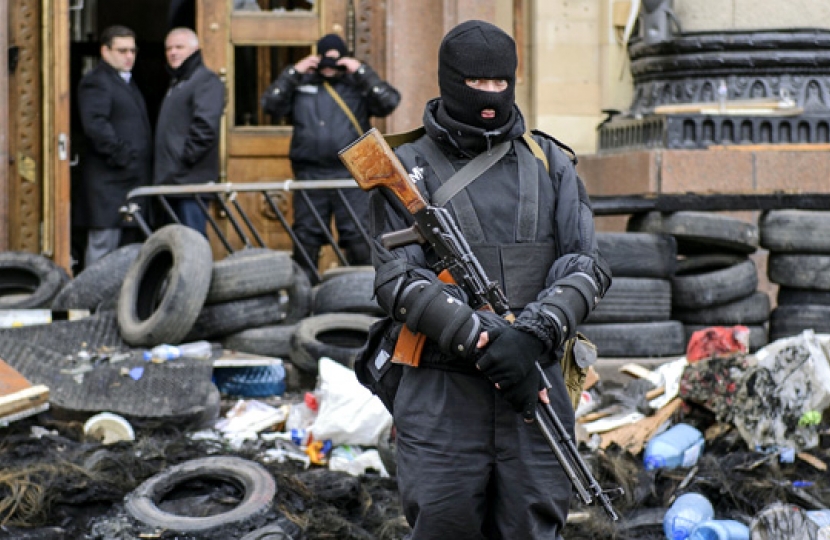 Back in March of this year I wrote on this website an article entitled 'Why Ukraine Matters' in which I argued that by allowing Russia to invade Crimea and by allowing Syria to use chemical weapons with impunity, the Western world was eroding our moral authority on the global stage and emboldening those who are attempting to tear down the international system. I speculated at the time that it was entirely possible, even likely, that we might later live to regret having missed our chance to act and that taking action later would be all the harder for having waited.

It won't have escaped anyone's notice that since then two very significant things have happened; the conflict in Syria has spilled over into Iraq and all but torn that country apart and only yesterday in Ukraine Malaysia Airlines flight MH17 was shot down with the deaths of everyone on board. I'm not suggesting for one second that there was anything prophetic about my earlier words nor that intervening at an earlier stage would have definitely prevented these two unrelated disasters, but I am suggesting that these incidents are further evidence of the moral imperative that's placed on the international community to act decisively in the face of unacceptable transgressions from the established norms and values.

In my mind there's little doubt that Russia or those acting on Russia's behalf shot down flight MH17 and murdered all those on board. Ukraine would have no need of surface-to-air missiles in their conflict against a terrorist force who have no aircraft, and the Ukrainians have in fact been stating for weeks that their aircraft were being targeted with anti-aircraft missiles without any real response from the West. A BUK anti-aircraft missile system (the likes of which it is widely suspected shot down the aircraft yesterday) isn't the sort of thing you find down the back of your sofa, nor is it the sort of thing you could give to the man in the street and expect him to be able to transport, assemble, arm, target and fire it. It's an immensely advanced and complex weapons system; civilians might be able to hop into an Toyota Pickup and with a few Kalashnikovs and cause some damage, but there's not even the slightest chance they could use an anti-aircraft-missile. Whether the Russians gave the terrorists in Ukraine surface-to-air missiles or whether they were captured from a Ukrainian military installation, the person who pressed the launch button knew exactly what he was doing when he downed that aircraft even if he didn't realise it full of civilians. The only feasible options are that the BUK was launched by terrorists trained by the Russian army, or it was fired by the Russian armed forces themselves. For Vladimir Putin to blame Ukraine for the disaster on the basis that it happened on their territory is ludicrous; it essentially the equivalent of an arsonist blaming a home owner for their house being on fire after lobbing a petrol bomb through the window.

The unverifiable telephone recordings from those responsible, as published by the Ukrainian government hours after the disaster, also point the finger squarely at Russia. The United Nations Security Council is scheduled to meet this afternoon to discuss the disaster, but as with the the plain-clothed soldiers who invaded Crimea there's little doubt that Russia will deny all involvement, much like a small child who denies eating all the chocolate while covered in the stuff.

Meanwhile in Iraq the Jihadist terrorist group ISIS is busily inflicting tyranny and a reign of terror on the people of countless Iraqi towns, having within the last few months stormed across the border from Syria; a nation where they've had literally years to prepare without any disturbance and hindrance. The war in Syria alone has killed in excess of 200,000 and with Iraq seemingly settling in for a long and protracted civil war too the prospects for those living their lives in the crossfire are utterly bleak; in Syria the choice is increasingly between a tyrannical dictator and an equally tyrannical religious fundamentalist regime, and meanwhile the Iraqi government (while democratically elected) seem utterly incapable of forging a sense of national unity and pushing the terrorists out.

In both the case of Ukraine and in the combined case of Syria and Iraq there was a time when the problem was on a relatively small scale and within manageable geographical parameters. An international intervention when conflict first began in Syria and Ukraine would have been a relatively straight-forward affair, but in both cases the international community led by the West held back and have now become spectators in conflicts in which we're increasingly seen to have been made irrelevant by our own caution. I don't want to seem to be blasé about international interventions; they can be costly both financially and in human lives and can certainly have unintended consequences that are unforeseeable at the time, but choosing to intervene is a decision, in the same way as choosing to do nothing is a decision, and in both instances we're responsible for what happens as a result of that choice.

I said back in march that as the founders of an international system based on a common set of agreed norms and values Western nations such as Britain and the United States were duty bound to make sure that system survived, and I still believe that to be the case. However much of an oversimplification as it may seem, I believe that preserving the international system is our sworn duty by virtue of the fact that the system is based on our values- liberty, individual freedom, basic human rights and desire to see a world where countless millions don't live every day under a cloud of fear. And I think that we're right. It's my view that the Western values aforementioned, born as they were out of the horrors of two World Wars, are correct and morally sound, and as such they must be preserved and spread globally with all the zeal of a fanatical evangelist.

When someone can use poison gas on civilians and get away with it it gives heart to every other regime on earth who would consider doing likewise, when one nation invades and annexes part of a neighbour without any consequences it undermines the notion of international justice and collective responsibility, when the West lays down a red line and that line is crossed with impunity it corrodes our credibility and moral standing, and if someone can shoot down a civilian passenger liner without provocation or warning and no punishment is given then what is there on earth today that we think is worth standing up and fighting for?

The time when Ukraine and Syria were relatively clear-cut and solvable situations has long past; and by consciously choosing a course of inaction the Western world shares in the responsibility for what has happened to-date and what will happen in the months to come. We've been operating under the assumption that the evil in this world is something that can be out of sight and out of mind, something that can be restrained behind a line on a map and observed from a safe distance as we continue with our comfortable lives. But it isn't. In Syria and Iraq those who wish us nothing but harm have demonstrated amply that they're able and willing to hit out at their perceived enemies in ways that we can't foresee, and in Ukraine evil showed that it can reach out and touch us even as we go about our lives and jet off on a summer holiday.

The writer Thomas Paine once said "lead, follow, or get out of the way". If the West isn't willing to lead we'll find there are others who are ready and waiting to lead the world away from the system we fought hard to create, and that quite simply cannot be allowed to happen. We all know that leading is best done by example, and in Iraq and Ukraine we have those who are practically begging to be made an example of; after months of pursuing a policy of inaction it's time for the West to stand up and show what we're made of.