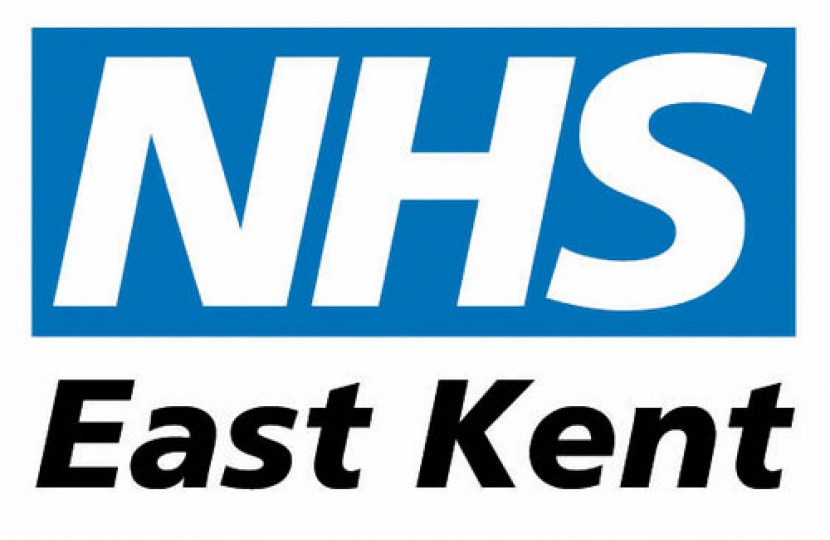 Local Conservatives in Herne Bay are calling on the Community to rally around to support the retention of important services at the Queen Victoria Memorial Hospital.With the prospect of losing Outpatients services in the near future Heron Ward Councillor Andrew Cook has argued that there remains a need for a good healthcare provision in Herne Bay.

"In a town the size of Herne Bay there's clearly a need to maintain and enhance the level of care which we currently have at the Queen Vic, the town has a sizable population, a significant proportion of which is elderly, and many people do reply on our hospital to meet their routine healthcare needs. It's suggested that services could be centralised onto Estuary View Medical Centre and, while I'm sure it's a great facility, the public transport connections are poor and many Herne Bay residents will find it difficult to get to. It can't be reasonable to expect those who need regular hospital appointments to pay for a taxi every time.

I know that my colleagues feel the same and you can rely on us as local Councillors to support the community in this."

Speaking before Christmas local Conservative MP Sir Roger Gale raised serious concerns about the proposals and the damaging impact they could have on the Queen Victoria Memorial Hospital and Herne Bay more generally.

"Health services can never set in concrete but I do not believe that the proposals currently under consideration by EKHUFT (East Kent Hospital University Foundation Trust), including significantly the potential transfer of some or all gastroenterology, respiratory care, rheumatology, orthopaedic work, podiatry and gynaecology, from the Queen Vic to the Estuary View or other medical centres, are remotely acceptable.

It is clear from the recent presentation that insufficient attention has been given to the age profile of the population of the coastal strip, of transport and parking considerations and of the existing health-service owned medical facilities.

Clearly, the provision of healthcare has to be kept under review and some movement in the location of provision may be not only desirable but clinically beneficial.

The Queen Victoria Memorial Hospital, however, is a very significant local asset that has a place in the heart of our community. Testimony to that fact is public attendance at the annual fete, which I have visited in virtually every year since my election, and the fantastic support for a League of Friends that has been responsible for the building of much of the facility over the years. Rather than seeking to transform a GP surgery into a cottage hospital the East Kent Hospital University Foundation Trust should be seeking to develop and enhance a publicly-owned centre that already has excellent x-ray and operating theatre facilities and that currently offers a wide range of services, including podiatry from a purpose built unit, as well as excellent adjacent day-centre facilities.”

Sir Roger has now asked the Secretary of State for Health to intervene in the case, stating that the consultation which has taken place is flawed and therefore not an appropriate basis for decision making.

"After a meeting with chief executive Stuart Bain and chairman Nicholas Wells I wrote to Stuart Bain and said I was very unhappy indeed with the consultation document. It is deeply flawed and I asked him to withdraw it. He declined and said it is going to go ahead so I have taken it up with the Secretary of State. I don't think it is right that discussions should be held on flawed information."

"As someone that suffers with Crohn's Disease and as a Herne Bay resident the Queen Victoria Memorial Hospital has been invaluable to me ever since moving to the town. Even something as simple as a blood test can be a daunting prospect if your GP surgery lacks that facility, as mine does, so having the Queen Vic in the town offering these simple but vital regular services has been a real life saver (probably literally). Personally I'm extremely unhappy with the prospect of having a decreased healthcare provision in town and hope with the support of local residents we can save the Queen Vic from being downgraded."

A public meeting regarding the proposals is taking place on Wednesday 29th January 2014, 6.30pm at the Kings Hall, Beacon Hill. Your local Conservatives will be there to voice their concerns and it's hoped that as many local residents as possible will be there to support our local healthcare services.