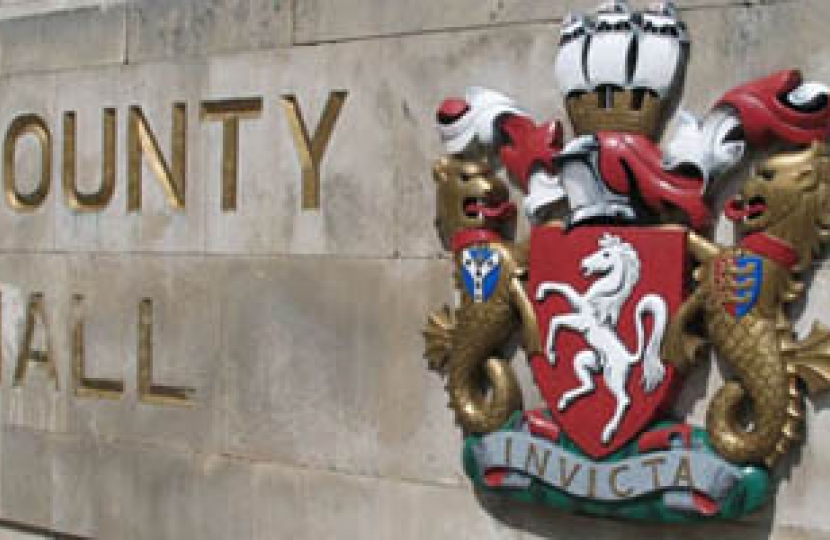 On 4th July 2013 Kent County Council released their consultation entitled "Shaping the future of Children's Centres in Kent" regarding the future of centres across the county. With a vast and ever increasing reduction in the amount of grant funding received by councils from central government, courtesy of Labour's previous economic incompetence, it is unsurprising that there is a budgetary aspect to this proposals and in the consultation introduction it is stated that £1.5 million is the saving being sought. It would be futile to ignore this overarching point of context in the whole debate, because unfortunately whether we like it or not money is important part of everything that a council does, and we need to accept that sacrifices do have to be made and these decisions are never easy.

However, as the headline suggests, I am most certainly not writing in defence of the specifics of what is being proposed. Readers in the Thanet District Council area can rest assured that there are no centres proposed for closure in Thanet, and rightly so given the levels of relative deprivation and social problems which we all know exist in certain communities.There are proposals to reduce services, which could pose significant problems for some in our area. However this lack of centre closures contrasts sharply with Canterbury District. Five centres within the Canterbury City Council area are proposed for closure and as many of you will know these are- Swalecliffe, Hersden, Greenhill, Chartham and Littlebourne. Of these only Greenhill and Hersden fall within North Thanet Constituency, and of those two Hersden is in the lucky position of having numerous other facilities in the locality (a Community Centre, pre-schools in Westbere and Sturry, etc) and extremely good public transport links, the same however cannot be said for Greenhill.

First and foremost I am personally mortified at the proposal to close the Briary Children's Centre in Greenhill, an area that in parts suffers from the same level of relative deprivation as parts of Thanet but unlike Thanet is to be deprived of a Children's Centre. I don't want anyone to believe that by "relative deprivation" I mean that Greenhill or parts of Thanet are unpleasant places to live, because that is not the case, I simply mean that in these areas there can often be a higher than average proportion of the population who can need a little extra help getting on their feet and staying there, and that is where a Children's Centre can step in.

A Children's Centre can help struggling parents to cope with the challenges of having children, and help those children to be ready for starting primary school and give them the very best start in life. Everything from help with childcare for parents trying to get back into work to early education can be accessed through Children's Centres, and in doing so can catch struggling families who might otherwise cost the council far more down the line through Social Services, problems when in school, and much more. The Briary Centre in Greenhill is extremely well used by local families to help them access services and to improve the lives of both parents and children, and that's why your local Conservatives on Canterbury City Council have been vocal in supporting the retention of the centre. It is implicit in the proposals that families from the Briary will go to the Poppies Centre instead, but that is essentially a nonsense for a variety of reasons. Firstly and most glaringly the Poppies Centre is oversubscribed already by families from Herne Bay, and the capacity to absorb new families from Greenhill simply doesn't exist. Secondly each Children's Centre is designed to provide those services most needed by families in the community it serves, and as such the services offered at Poppies differ from those currently on offer at the Briary. And thirdly; in the event of any sort of family financial crisis the car is often the first thing to go and this puts Poppies beyond the reach of families in Greenhill when they need it most (even if they provide the services required at the alternative centre, and if there's space!) I could go on, but I'm sure the above is a clear indication of the sorts of reasons why keeping the Briary open is a clear priority for your Conservative representatives on CCC.

During a meeting of the Executive Committee regarding this matter my colleague and Herne Bay Councillor Peter Lee made a point which I think it's very worth making here. Legislation from Central Government states that there has to be a Children's Centre within 15 miles of a population centre of a certain size; an admirable idea you might think, but a complete logical fallacy in reality. This means that in parts of west Kent that are well-off and don't particularly need a Children's Centre, the Centres are proposed to remain because they need to be there to satisfy this law, meanwhile in east Kent in areas that really do need the centres such as Greenhill the centre is proposed to close simply because there's another centre within 15 miles. It's a complete nonsense, and Councillor Lee was quite right in branding it as such. This is why, at the request of your Conservative Councillors, Canterbury City Council is writing to the Department of Communities and Local Government asking that these ridiculous rules be repealed and Children's Centres be sited where they're needed, not just to satisfy arbitrary rules that take no account of what exists on the ground. Under the proposals being consulted on it is stated that increased outreach work will help families who are put beyond the reach of a Children's Centre by these proposed closures, but even with the best intentions in the world outreach can never replace a static, reliable and regular service such as a Children's Centre, and the cost of this additional outreach doesn't seem to actually be factored into the proposed saving of £1.5 million.

We all understand that Kent County Council needs to save money, and we all accept that it isn't going to be easy. But given the clearly demonstrated need for the Briary Centre, the fact the additional outreach doesn't seem to be factored into the costing and the retention of centres elsewhere in the County to satisfy a ridiculous piece of national legislation, I can't and I won't be supporting the closure of Briary, and nor will my Conservative colleagues at Canterbury City Council.

You have until October 4th to tell Kent County Council what you think of their proposals, full details can be found on their website http://www.kent.gov.uk/