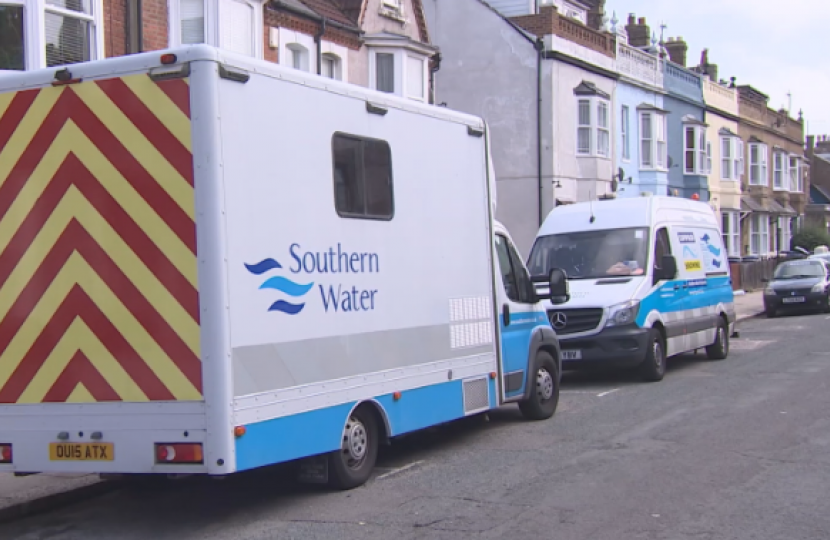 Local Conservatives are leading the way in demanding that Southern Water take urgent action to tackle the recent spate of flooding and sewage issues across the coastal strip.

In July a landmark ruling against the utility company for thousands of illegal discharges of sewage into waterways across the southeast resulted in a record £91m fine. Since then, further problems have occurred across Southern Water’s operations around East Kent's coastline.

Whitstable experienced more sewage discharges into its coastal waters last month, resulting in swimmers being advised to avoid bathing in the water, and the local oyster industry being disrupted.

Meanwhile in Herne Bay, a flash flood on the night of 22nd August led to hundreds of residents living in town centre streets having their properties flooded when a failure occurred in Southern Water’s local drainage system.

‘We are appalled at Southern Water's behaviour, which risks making our popular beaches in Herne Bay and Whitstable no-go areas for swimmers, as well as damaging the reputation of our oysters, something we are renowned for across the world.

This Council is standing shoulder-to-shoulder with residents in demanding that Southern Water pay local people for the damage done and make future changes to their operation to protect our much-loved coastal waters.'

Canterbury Council has drafted a strongly-worded motion for the next Community Committee meeting calling for Southern Water to make changes to its waste water infrastructure and the way it responds to planning applications, such that there will not be further repeats of the problems.

‘I hope opposition councillors will support this Conservative motion and make this a water-shed moment for Southern Water to address its deplorable performance. The splitting of surface water from foul water seems absolutely necessary to prevent our rivers and coast being polluted every time we have heavy rain or equipment failure.’

‘Many Herne Bay residents impacted by the flood in late August have contacted me explaining the shambolic and incomplete support that Southern Water have offered them thus far. It is imperative that the company takes full responsibility and makes good any damage our residents have suffered, while also compensating them for any expenses incurred while the properties are restored.’

The Commonwealth, G7 and NATO Summits