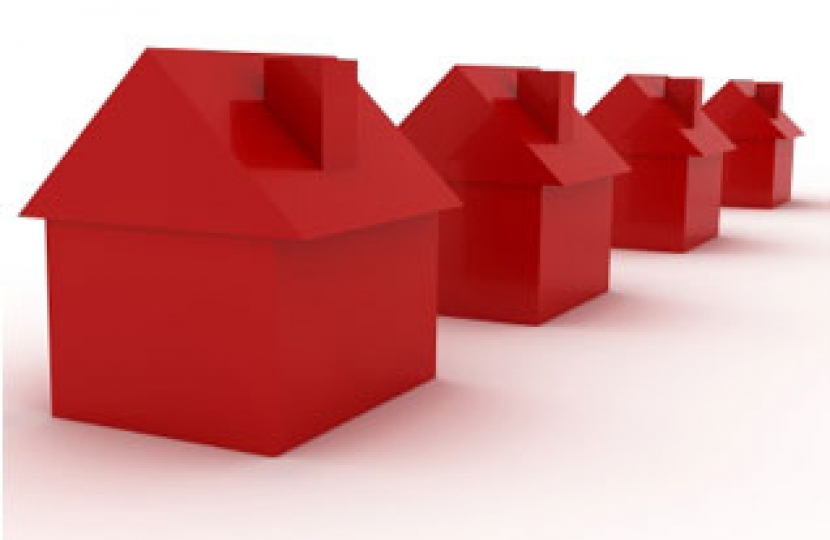 On Thursday 3rd October I took the decision to pay a visit to Margate. However, unlike most visitors to the town I wasn’t going for the candyfloss or the sandy beaches, or indeed for excellent (Conservative-conceived) Turner Contemporary. No, I had a nobler purpose in mind- I was going to pay a visit to Thanet District Council.

As a Canterbury City Councillor myself I was quite interested to see how Thanet’s meetings would compare, and as I was ushered into the public gallery by the bouncer (a feature of council meetings that I wasn’t used to seeing, I must confess) I leafed through the agenda and found something that looked mighty familiar: a notice of motion from Labour’s Councillor Fenner regarding the “bedroom tax”. We’d had a similar notice of motion from a Labour Councillor in Canterbury only a few months before so it was comfortingly familiar; the righteous indignation, the rhetoric of unfairness and cruelty, the slight pause in the speech of the Labour leader as he searched for a word sufficiently damning before eventually settling on “nasty”, and above all the insistence that in spite of all evidence to the contrary this thing was most definitely a tax.

I must confess that I’m only vaguely familiar with any of the Councillors in Thanet, a lack which I’m seeking to resolve in the coming months when it comes to my own Party, and as such I suspect I may have been completely incognito as I sat in the public gallery in my civies and watched the debate that followed. The last point in the previous paragraph about whether or not it’s actually a tax will have to be my starting point here, because it’s just such a clear example of what was so wrong about everything else from the Labour side of the argument- stating that the Spare Room Subsidy is a tax is a flagrant mistruth perpetuated to try and make a political point. The policy being referred to essentially means that those who living in social/council housing and have their rent paid by housing benefit will receive an amount of benefit that’s appropriate to the number of people in the household, rather than the size of the house. Tax is money that you have being taken away from you by the government, the Spare Room Subsidy is the government giving you less money; the two are most definitely not the same thing. But now onto how this actually works in reality.

So, if Couple A are with their 8 year old son living in a two bedroom council house and for whatever reason they’ve come to rely on housing benefit through factors that are legitimately beyond their control: fear not, the Spare Room Subsidy shouldn’t affect Couple A at all because their home is an appropriate size to the number of people living in it. If however Couple B are in their 50s on housing benefit who have had their Council house for 30 years and in that time the three children who did live with them when you first moved in have now grown up and moved away, there is probably going to be an issue with the three bedrooms that are now sitting unused in Couple B’s house. There are two reasons why.

Firstly the housing benefit which is allowing Couple B to live in their 4 bedroom house is being paid out of the taxes of everyone else, many of whom probably can’t afford a house that large themselves (partially because of the heavy tax burden we live under in this country) but are forced to subsidise someone else living in a big house. This point was valiantly made by Councillor Bayford on Thursday night; why should hard working people up and down this country pay higher taxes in tough economic times just to allow others to live in homes that many of the tax payers themselves could only dream of having?

Secondly, and in my view more importantly, for every Couple B living in a home with spare bedrooms there’s a Couple C who live with their three children in a two bedroom flat because there are no larger properties available to them. As a result Couple C’s three children have to share a cramped bedroom that was never meant to sleep three people and so their home life is blighted by frequent arguments because the children are forced to live on top of each other and don’t have and privacy or room to play. It is likely that Couple C’s children could struggle at school because they don’t have anywhere quiet to do their homework and they don’t have their own space, maybe they don’t have a garden to run around in and as such their health isn’t as good as it might be, and they’re more frequently ill than they should be because of the overcrowding in their home. Living in such conditions is unlikely to be conducive to a healthy home life and as such family breakdown, the need for social services intervention or extra counselling at school for the children all become more likely. Not a single mention from our friends in the Labour Party on Thursday night about those living in overcrowded conditions more suited to the Victorian era than 2013, no rhetoric about how “cruel” and “unfair” that is, not a single word from Councillor Fenner about the human and long term financial cost of such disgraceful situations. We heard that there aren’t enough properties for tenants to downsize into and that there needed to be more council houses built, and perhaps the latter point is true, but if that’s Labour policy in Thanet why weren’t they barking at their own party who spent 13 years in Government and never bothered to build any?

As if that wasn’t bad enough, what really caught in my throat about it was the sheer hypocrisy of this coming from the Labour Party. One particular Labour councillor, I can’t remember which one off the top of my head, stated that private rented accommodation is unaffordable for housing benefit recipients. And why might that be? Well barring the obvious points, the problem of unaffordability in the private sector for housing benefit claimants is caused by the Labour Party’s own MPs. In 2008 the Labour government introduced the Local Housing Allowance which, you guessed it, reduced housing benefit for those claimants living in private rented houses with spare bedrooms. Sound familiar? That’s because in effect the LHA did exactly the same thing as the Spare Room Subsidy, but in the private rented sector. Councillor Marson (I believe it was) did point out to her Labour colleagues that they didn’t bat an eyelid when that policy was introduced, but when a Conservative-led government does something nearly identical it’s “cruel” and “nasty”. If that wasn’t bad enough the Labour government’s motivations in introducing the LHA were far more cynical and hard-headed than the reasoning behind the “bedroom tax”. On Thursday evening Labour’s councillors stated confidently that the Spare Room Subsidy was likely to cost more to implement than it would save, completely missing the point that unlike the LHA (which was a flimsy attempt to tame the sky-rocketing benefits bill) the Spare Room Subsidy is primarily to help all the Couple Cs out there by making the best of limited housing stock; if it saves some money too then that’s gravy as far as I’m concerned.

Now, I’m not pretending that for couples, individuals and families who have lived in a particular house for years it’s going to be easy moving. Houses are full of memories and moving is stressful enough at the best of times, and I fully understand that for some having to move out of their homes is going to be miserable, but unfortunately in this situation I feel the benefits of giving those families living in over-crowded accommodation a real chance in life outweighs the cost. I ask those who have brought up families in their council houses in years gone by and now have spare rooms to think back to the day that you got the keys to your home, the wonderful day that you got a house that allowed your children grow and develop into the adults they’ve become, remember everything that having a house that suited your needs allowed you to do that would have been impossible otherwise. Now think of those families crammed into homes that are far too small for them with all the misery and frustration that brings, don’t you think that they deserve the joy that you felt when those keys were handed to you?

No Councillor Fenner, the Spare Room Subsidy is not “cruel” or “nasty”, it’s an incentive for those who have more than they need to downsize so that those who don’t have enough can get what they deserve. For families in cramped social housing the policy which Thanet’s Labour Councillors are now demanding be repealed is the answer to their prayers and the key to a brighter future. As I left the Council Chamber later in the evening and headed out into a spectacular thunder storm which lit up the night, I was proud to say that I belonged to a Party which was on the side of those who suffer as a result of overcrowding in modern Britain, and good on my Conservative colleagues at Thanet District Council for seeing through the rhetoric and voting against Labour’s disgraceful motion.