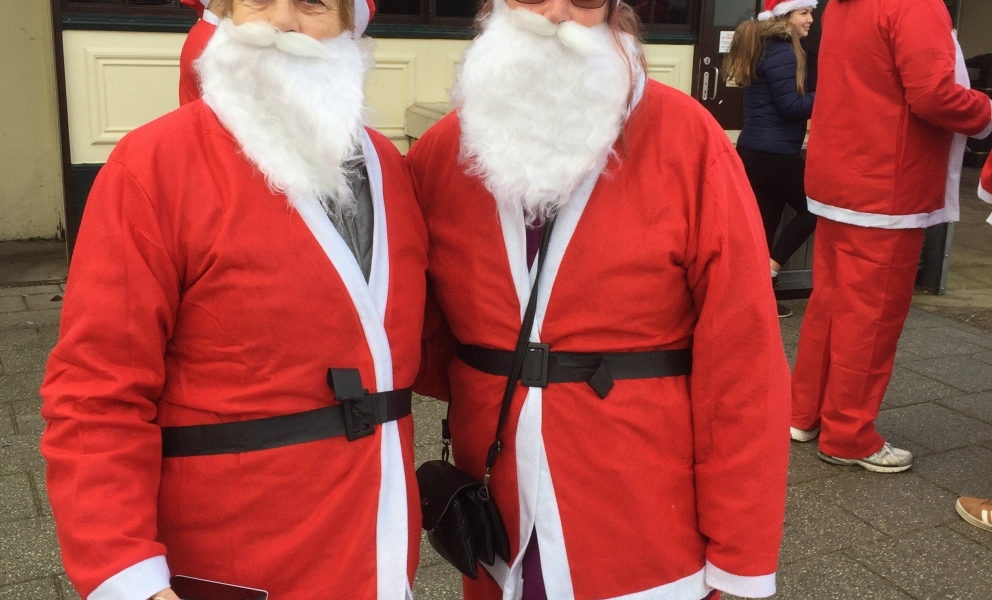 You wait all year for Father Christmas – and then hundreds turn up at once!

That was the situation in Herne Bay on Sunday when fundraisers donned Santa suits for a fun run along the seafront in aid of Pilgrims Hospices.

Among the festively dressed runners were two of Herne Bay’s councillors, Ann Taylor and Sharron Sonnex, who represent Reculver and Herne and Broomfield respectively on Canterbury City Council.

Sharron said: “The atmosphere was brilliant and it was a real honour to take part.

“It was very emotional and people were clapping as we crossed the finish line. It was an absolutely wonderful event to be part of.”

The pair collected sponsorship for the hospice on top of their entry fee and Sharron said her motivation was her late father.

She added: “He died of cancer two years ago and I saw at that time how much of a need there was for the hospice and the services it offers.

“We are so fortunate to have our local hospice and Ann and I, along with the rest of our colleagues, are always happy to do whatever we can to help.”

The Santas were watched by family and friends as well as the Lord Mayor of Canterbury, Cllr Rosemary Doyle. Ann is a former Lord Mayor and has taken part in several other fundraising events including an abseil. 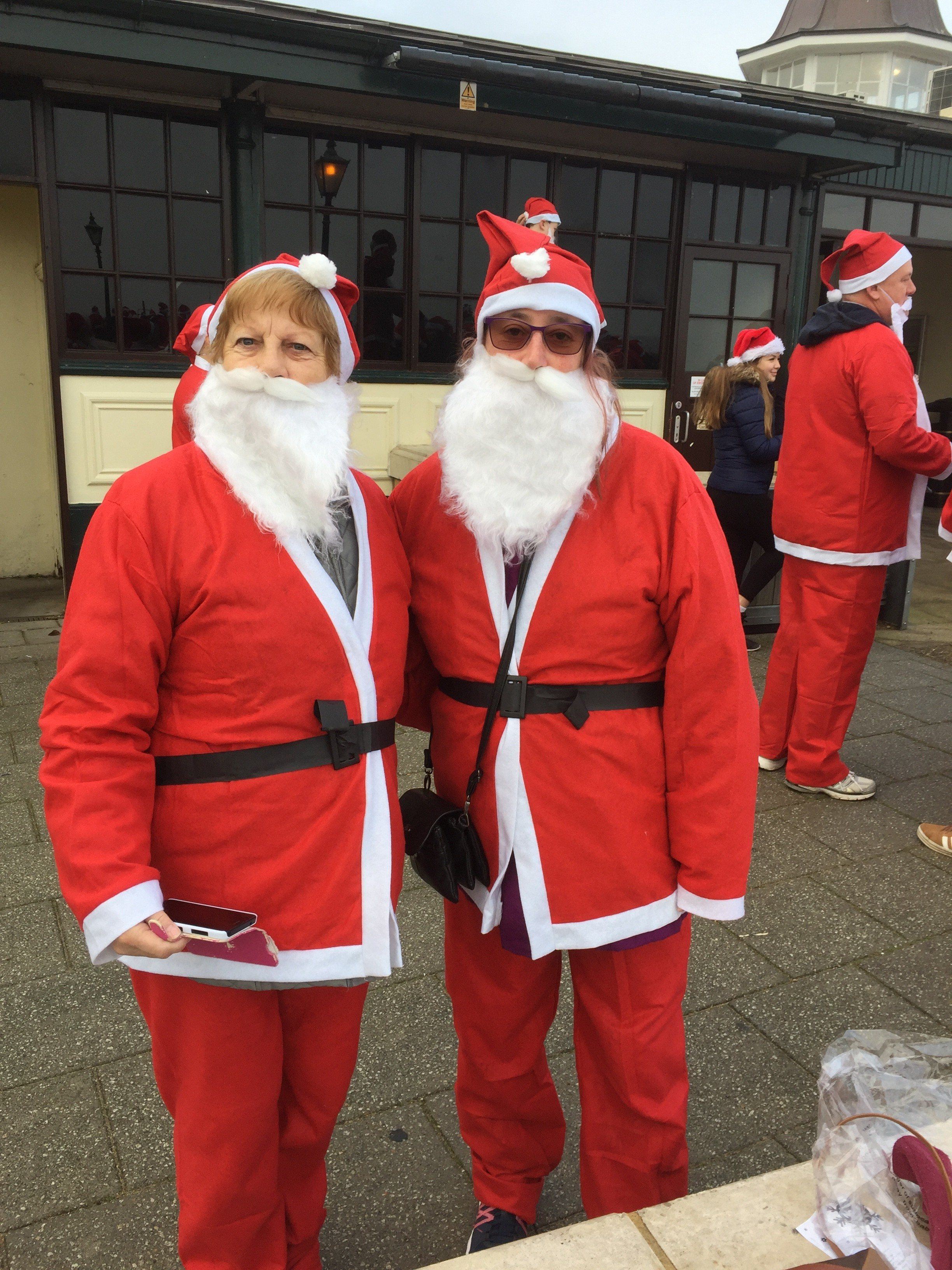 Councillor for Herne & BroomfieldCouncillor Sharon Sonnex has represented Herne and Broomfield ward since May 2007. Sharon is Chairman of the Housing Appeals and Benefits committee of Canterbury City Council and also serves on Licensing Committee. Outside of the Council Sharon lives with her husband, is an extremely proud mother to her adult son and currently works at a secondary school in Canterbury.Sharon is also a known dog lover and can often be seen around her local area lead in-hand!