The BBC on Crohn's Disease 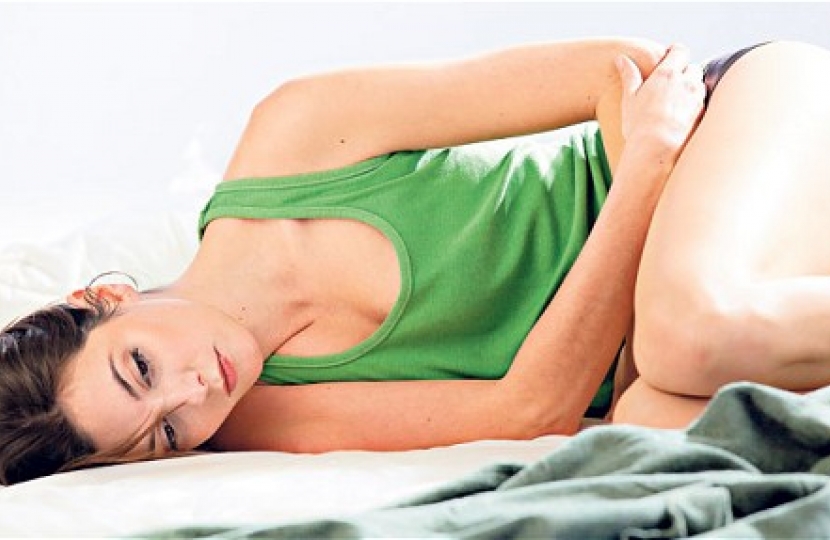 Good Friday 2010 was, to date, the worst day of my life. For months previously I'd been suffering from intense stomach pains, severe diarrhea and weight loss which had reduced me to just above 9 stone- not exactly health for a 6ft 7 nineteen year old. At this stage no doctor had managed to work out what was wrong with me and on that day in particular I was horrified to find that I couldn't even stand up; being alone in a flat unable to get out of bed is not an experience that I'm eager to repeat. I had been a fairly enthusiastic cook and ate well previously, but the agony caused by eating had meant that for weeks I'd barely eaten anything at all.

I carried on with my studies, had various jobs, graduated, travelled abroad, carried on taking the tablets and other than the occasional discomfort Crohn's Disease had very much become a minor if unwelcome feature of my life. Imagine my surprise, then, when I switched on the television this morning to find BBC Breakfast broadcasting to the nation that I and every other sufferer probably wouldn't have Crohn's Disease if we weren't such antibiotics junkies and didn't shovel so many burgers into our faces. The expert appearing on the programme stated as fact that the large increase in the number of cases of Crohn's Disease is down to overindulgence in fast food and antibiotics, despite there being very little agreement in the medical community about what causes the illness in the first place.

My Grandmother's cousin died partially as a result of Crohn's disease, one cousin has Ulcerative Colitis and another cousin may also be suffering from one condition or the other, and give that knowledge of the two similar conditions is in its infancy it's probable that more relatives may have suffered from it without ever being diagnosed. Given there's such a concentration of Crohn's Disease in my family the expert in question will forgive me if I remain slightly sceptical of the assertion that my shared genetics with my relatives is less relevant to our suffering from the same illness than our fast food preferences.

Prior to diagnosis with Crohn's Disease I ate fast food very infrequently and to my knowledge have had antibiotics only two or three times in my life and none at all in the last ten years, and yet I'm now supposed to believe that I essentially brought the life-changing illness on myself and that if only I'd not had that last piece of fried chicken I would even now be living a healthy life. A year after diagnosis, at which point I was undergoing treatment for the condition and was symptom free, I began working at McDonald's and took full advantage of the employee meals offered. At one stage, while working full-time at the drive-thru store in Canterbury, I was probably consuming five large meals every week, and at no point did I suffer from a flare-up of Crohn's Disease.

By choosing to air both on their Breakfast programme and via Facebook the views of an expert whose theory clearly holds about as much water as a sieve the BBC have helped to make life even more difficult for those suffering from an awful disease. Suppose for instance that I suffer a flare-up tomorrow and am unable to come to work and I phone in to my boss and say that I'm suffering with Crohn's Disease, what's to stop him responding that it's my own fault for eating junk food and that I have to come to work? If Crohn's Disease is seen as simply a fast food hangover, what's to stop people sneering at suffers in the workplace in the same way they might someone who comes in late, dark glasses on and admits to a night out on the town?

By reporting almost as fact an unproven medical theory the BBC has encouraged the impression amongst others that it's my own fault that I'm ill and greatly damaged the efforts of organisations such as Crohn's and Colitis UK to raise awareness and understanding of what is a very serious and excruciatingly painful illness. I was never particularly thrilled with having to pay the TV License fee and am even less keen now- but I guess if I can't afford it I'll just have to cut down on all those burgers I'm killing myself with.